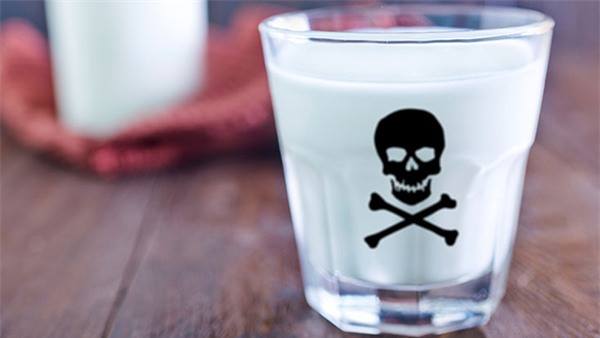 Considering the amount of contamination in dairy, combined with valid science confirming a number of terrible diseases are linked to the consumption of dairy products, it is important to re-consider why you would consider this a viable food product, or assume that it is safe for you or your family.

Even if you still don’t consider the risk greater than your desire to consume it, have you ever considered what you are investing in every time you consume a dairy product, or a product containing dairy ingredients?

Plenty of sites out there explain the ethical and moral position with regard to the rape, infanticide, and theft that occurs in order to produce dairy, so this post isn’t going to go into that. Most of the content is health-oriented (our internal environment), with a little about pollution (our outer environment).

If you want to consider the tremendously negative effect of animal agriculture on our environment, and you’ve yet to watch Cowspiracy, you can watch that here.

If you would like to view videos from Physicians presenting information about dairy and how it negatively impacts your health, consider watching What the Dairy Industry Doesn’t Want You to Know  by Dr. Neal Bernard. 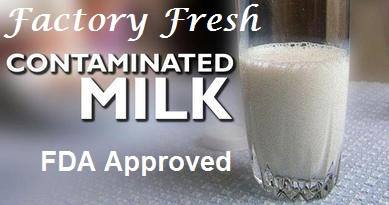 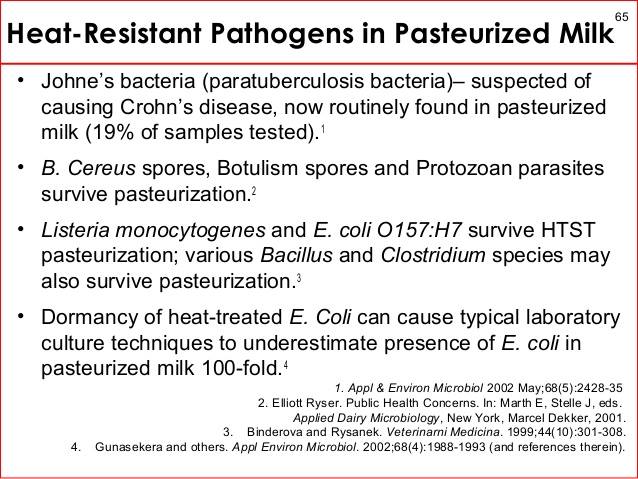 Pasteurization was implemented because so many people were getting very sick from food borne illnesses. Only, pasteurization doesn’t destroy everything, which illustrates why dairy is not as safe as you think. This leads also to an obvious question.
With all the contamination and harmful bacteria growing in dairy products after pasteurization, why are we still consuming it?
Milk Facts – Microorganisms of Concern

Milk contains Insulin-like growth factor (IGF-I). IGF-1 is the key factor in the growth and proliferation of breast, prostate, uteran, and colon cancers.

More than 90% of human exposure is through food, mainly meat and dairy products, fish and shellfish

According to Hoards Dairyman (Volume 147, number 4)… 89% of America’s dairy herds have the leukemia virus. 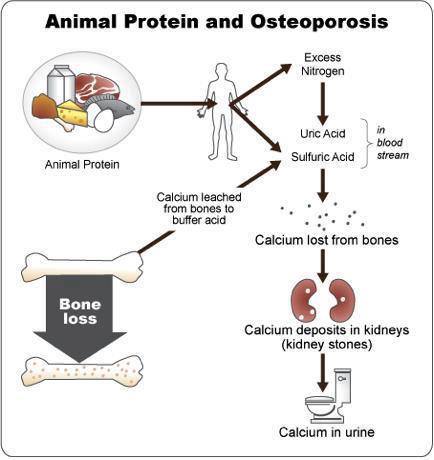 Osteoperosis – acidifying foods in the blood, if not countered by calcium rich plants, will
end up leaching the calcium in your bones to reach alkaline homeostasis.

“Consumption of dairy products, particularly at age 20 years, were associated with an increased risk of hip fractures…metabolism of dietary protein causes increased urinary excretion of calcium.” 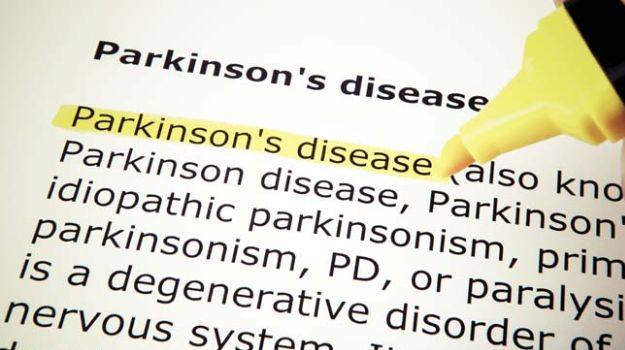 One of the proteins in cow’s milk, beta casein A1, causes the body to form autoantibodies relevant to type 1 diabetes. Another hormone disruptor in cow’s milk is bovine insulin which plays a part in stimulating cross reactivity to our own insulin-producing beta cells.

One of the strongest studies on this is a Finnish study where researchers looked at over 1,000 infants with a genetic susceptibility to T1D. They assigned these infants three different formulas, one being cow’s milk. They tested the infants beta cell autoimmunity at ages 3, 6, and 12 months, then annually until 3 years old. The results showed a 61% increase in in autoantibodies (associated with beta cell destruction) in the infants given cow’s milk.

Link found in Paratuberculosis and Type-1 Diabetes in children

The cholesterol content of those three glasses of milk (recommended by the food pyramid and paid for by the dairy industry) is equal to what one would get from 53 slices of bacon. Do you know of any doctor who recommends that much bacon per day? 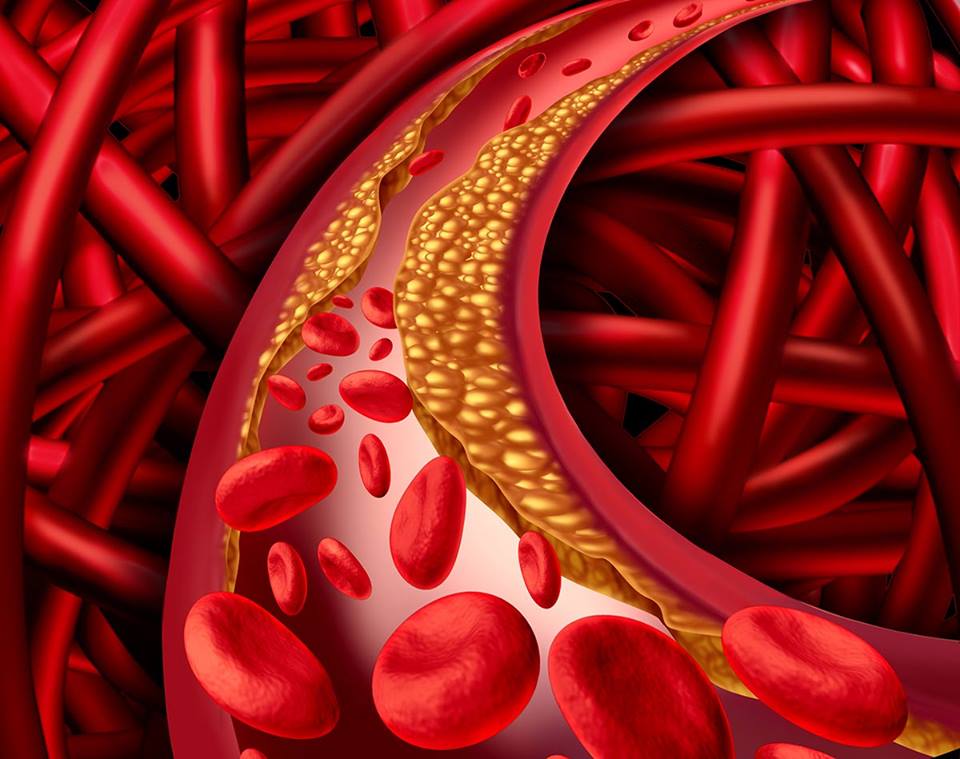 Since Cardio Vascular Disease (CVD) kills 1 out of 4 Americans, you might want to consider ways of Reversing Heart Disease from the Physicians Committee of Responsible Medicine. 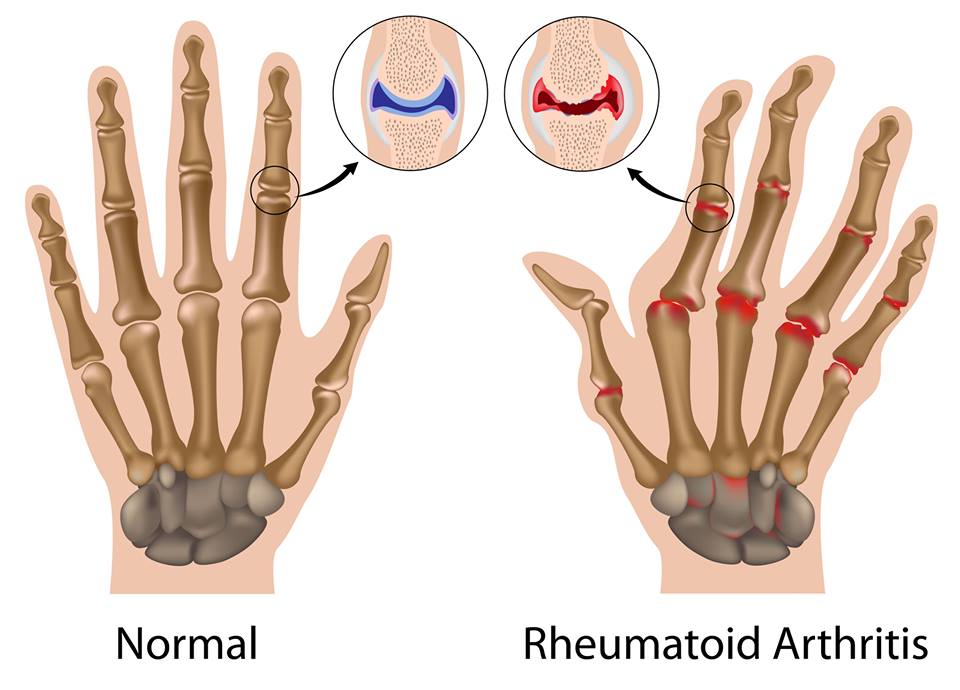 Molecular mimicry in rheumatoid arthritis has been identified with cow’s milk. One analysis showed that the amino acid residues 141-157 of bovine albumin were essentially the same as the amino acids found in human collagen in the joints (Clin Chim Acta 203:153, 1991). The antibodies synthesized to attack the foreign cow’s milk proteins, end up attacking the joint tissues because of shared sequences of amino acids between the cartilage and the milk proteins, that the antibody is directed to attack. 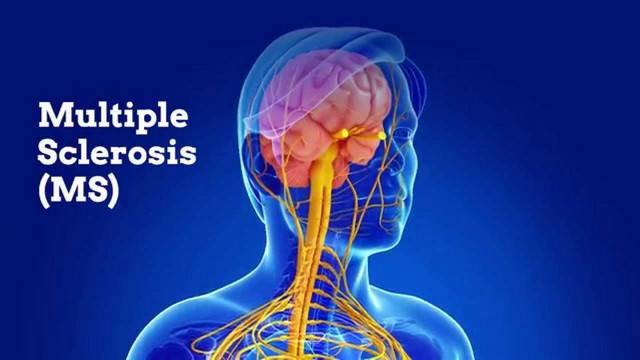 If you want to avoid developing the debilitating disease of multiple sclerosis, avoid dairy like the plague.

Multiple sclerosis is the most common degenerative inflammatory neurological disease in the U.S., striking people primarily between the ages of 15 and 55. It is characterized by numerous lesions—areas of damage—on the nerve cells of the brain and/or spinal cord. The lesions are replaced by hard scar tissue, causing the nerve cells to stop functioning. The nearly 500,000 Americans with MS suffer recurrent attacks on the nervous system that rob them of various functions and senses. One attack may take a victim’s vision; the next may cause loss of bladder control; a few months later, one arm or leg may no longer have strength. After ten years with the disease, half of all MS victims are severely disabled—bedridden, wheelchair-bound, or worse.

Overcoming Multiple Sclerosis strongly advises that people with MS avoid dairy because research shows a high correlation between MS and dairy milk, specifically because of particular proteins in cow’s milk. Here are three pieces of evidence:

Some of the proteins in cow’s milk are targeted by the immune cells of people with MS. These include butyrophilin and bovine serum albumin (BSA).

Injecting those same cow’s milk proteins into test animals caused lesions to appear in their central nervous systems.
Some proteins in cow’s milk mimic part of myelin oligodendrocyte glycoprotein (MOG), the part of myelin thought to initiate the autoimmune reaction in MS. This can trick the immune system into initiating an attack on MOG and hence cause demyelination.

In terms of general health, a research study involving more than 135,000 men and women in the U.S. linked cow’s milk to the degenerative neurological disorder Parkinson’s Disease. Researchers conclude that dairy products may have a generally toxic effect on nervous tissue. 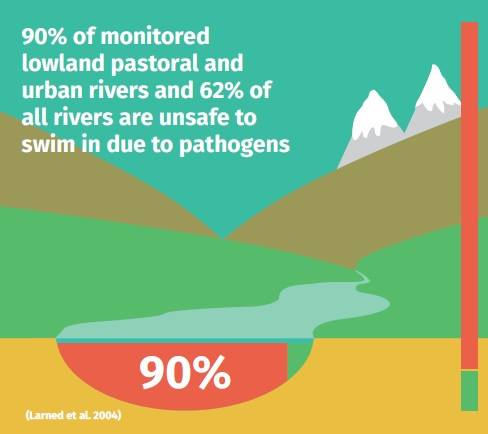 There are around 9.2 million dairy cows in the United States. Each dairy cow ingests around 330 pounds of feed (perhaps 50 pounds) and water (around 280 pounds or 33 gallons) per day.

Allowing for the best dairy production of 55 pounds of milk per day (over ten times what mother nature designed the cow to produce) that means that what remains becomes “slurry”.

That means around 275 pounds of urine and feces per day… per cow, for a daily total of 2.53 BILLION pounds of pollution. Per year… that amounts to around 923 billion pounds of UNTREATED pollution entering our streams, rivers, lakes… and drinking water systems.

Cows are hot-blooded mammals. Like many other mammals, they pass gas. Somewhat like elephants, their compartmented digestive system is rather inefficient… which leads to the creation of MORE gas. During a Discovery Channel documentary on elephants, a parting quip was that the average adult elephant passes enough methane gas per day to run a car about 20 miles.

Cows are not much better. The English New Scientist (page 5 -31.8.96) mentions that cattle produce around 48 kilograms (105 pounds) of methane each per year and that more bubbles out of the animals’ manure. Dairy cows eat more because they produce milk. With 9.2 million dairy cows times a minimum of 100 pounds of methane gas per year… that amounts to almost a billion pounds of methane gas released into the atmosphere each year! With around 100 million beef cattle… pigs, sheep, and other “factory farmed” animals it should not be difficult to fathom the extent of this problem.

This means that “Beef is a greenhouse-intensive food” and a major cause of climate burden (with dairy a significant part of the problem).

Another major point is:

“Milk is a very strong pollutant: it is about 400 times more polluting than untreated sewage. To put it another way, 1,000 gallons of milk has the same polluting potential as the untreated sewage from a town of 7,000 people.” Morlais Owen. Chief Scientist for Welsh Water. North Wales Weekly News. 24.3.88.

To learn more about dairy and the impact on our environment, read The Dairy Industry and the Environment

Each day, livestock releases 150 billion gallons of methane, and 130 times more waste than the entire human population, virtually all without any waste treatment. Every second, 116,000 pounds of waste are produced in USA by livestock, enough to cover San Francisco, New York, Tokyo, Paris, New Delhi, Berlin, Hong Kong, London, Rio de Janeiro, the state of Delaware, Bali, Costa Rica and Denmark. There are more than 500 “dead zones” in the world, flooded with nitrates, on land and in the ocean.Both animal agriculture to produce dairy and beef, as well as animal fertilizers used in agricultural farming to grow grains for cattle and humans, are causing runnoff into the watershed and rendering rivers and ocean shores lifeless and the problem is getting worse. Only, the EPA under the new administration won’t address it anymore and removed their content from their site and NOAA cancelled their monitoring of the problem in 2016, so many are not being informed about how extensive this problem is becoming.Of course, there is far more we can do to address this problem than to simply abstain from diary consumption. So too, would we need to stop consuming most animal products, as well as stop consuming conventional produce that relies on chemical fertilizers, etc.

Raw Milk is Even More Dangerous 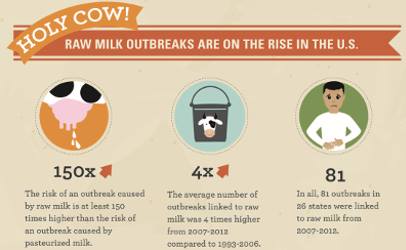 Some have bought into the myths that raw milk is better for you. Consider the Foodborne Illness Contaminant facts presented by the FDA…

The “Dairy is Scary” video is very telling in 5 minutes. If you can watch that and still consume diary, you deserve the diseases you are likely to get for ignoring all the evidence of why dairy consumption is a terrible idea. Although it is presently a socially acceptable norm, there may become a time where it will be seen for the gross practice it really is. The only milk we should be consuming is human milk. When we’re infants.

Know of more diseases that humans get from consuming dairy? List them in the comments below with links to the scientific articles and we’ll add them into the article too!

How can I eat a good amount of protein every day if I’m vegetarian or vegan? 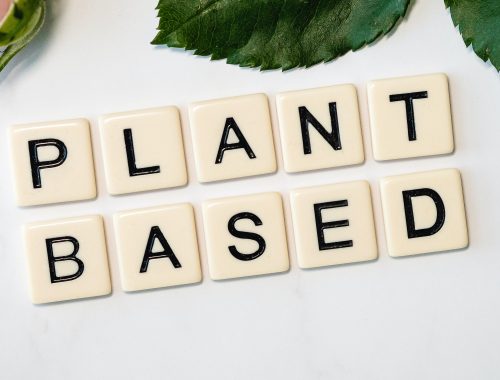 A Plant Powered Guide for a Plant-Based Lifestyle 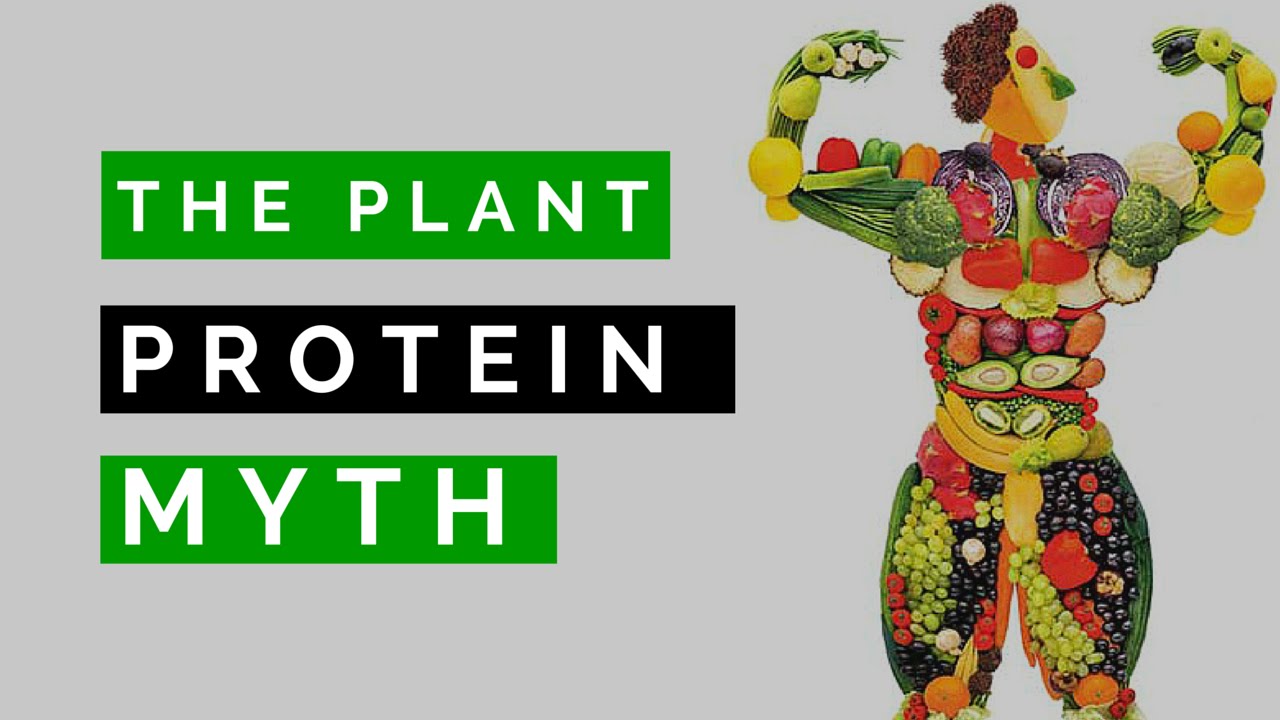